Only minutes from Perth's CBD and conveniently serviced by public transport, our Mount Lawley Campus is an excellent choice for study, day or night. It is equipped with extensive teaching resources, first-rate IT and performing arts facilities, a sport and fitness centre and on-campus accommodation. The campus also forms part of a precinct with the Mount Lawley Senior High School and is home to one of Australia's most successful and well known arts training institutions, the Western Australian Academy of Performing Arts (WAAPA). 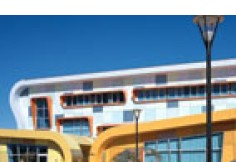 This site uses cookies.
If you continue navigating, the use of cookies is deemed to be accepted.
See more  |